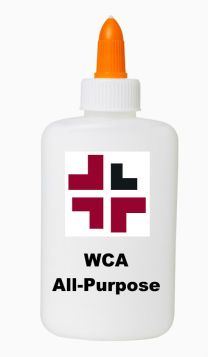 In a lot of ways, we as a group simply are rolling toward February. Our long-term mission is unclear until we see the results of the called United Methodist Church General Conference in St. Louis.

Over the next few weeks, I do want to offer a few reflections on what I observed as a delegate to the Wesleyan Covenant Association’s Global Legislative Assembly, particularly now that I have had time to think. I’ll begin by addressing the issue of divisiveness, an accusation regularly aimed at the WCA.

I know in my heart that I dislike the idea of a split from the United Methodist Church, and I saw no evidence at our assembly of a hot desire to divide. The assembly was held Nov. 2 in Marietta, Ga., and attended by WCA delegates from all over the world.

Yes, we passed documents calling for development of a possible new denomination, and yes, we supported the idea of gracious exit plans for churches unhappy with decisions that may be reached in February.

I’m a language guy, however, and I took note of the highly conditional words in the proposed documents and from the mouths of the delegates as we debated. There even were efforts from the floor and from the dais to ensure the language was as conditional as possible.

In short, if there is to be division, it will happen because the called General Conference fails to affirm the way the vast majority of Christians have interpreted Scripture since the Holy Spirit first settled on the church.

This approach to Scripture, where we treat God’s word as divinely inspired, authoritative and intentionally troubling to the secular world, has been a key uniting feature of denominational Methodism, established at the Christmas Conference of 1784.

Rather than inspiring division, the WCA’s advocacy gives hope to Methodists with a high view of Scripture. These are people who have felt otherwise ready to leave the UMC for a few years now because they understand church unity is rooted in scripturally sound doctrine.

Yes, churches are bound to the UMC by trust clauses, but orthodox individuals, with their spiritual and financial gifts, are not. For these Methodists, the WCA so far has served as glue rather than a wedge.

Next: The Roots of Orthodox Anger.

← So This Is Not a New Problem?
Networking →